White House Report on In-Space Servicing, Assembly, and Manufacturing National Strategy: Its Importance to Space Industry and US Space Leadership

WSBR will host a conversation with key interagency representatives involved with the drafting of this critical Report released in early April.

Among the topics the panel discussion will address:

Audience members will be invited to participate in what we anticipate will be a robust and lively discussion.

Biographical Details on the Panelists 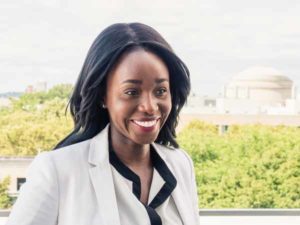 Previously, Ezinne built and managed over 60 spacecraft missions and programs in 17 years at NASA.  Her last role was as a NASA Heliophysics program executive. 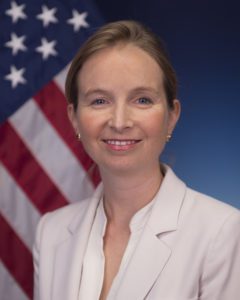 Prior to joining OUSD(R&E), Dr. Millard served as a program manager at the Defense Advanced Research Projects Agency (DARPA) in the Tactical Technical Office where her focus was to enable big capabilities on small satellites. Drawing from her strong technical expertise in satellite systems engineering, remote sensing, sparse-aperture telescopes, astrodynamics, and guidance, navigation, and control (GNC), Dr. Millard successfully turned developmental programs into real capabilities for the United States and demonstrated the potential of rapid space system acquisition by a leading program that took 18 months from contract award to satellite launch.

Prior to joining DoD, Dr. Millard served as an engineer at the RAND Corporation where she led studies for Project Air Force and the National Security Research Division. Study topics included the feasibility of distributed space-based hyperspectral sensors, the performance of space-based sensors to detect chemical, biological, radiological, nuclear and explosive devices, and the assessment of the potential impact of disaggregation concepts for U.S. space architecture. During her time at RAND, Dr. Millars was detailed to the Office of the Deputy Assistant Secretary of Defense for Space Policy, where she led negotiations for the U.S. Government on the Combined Space Operations Memorandum of Understanding and managed engagements with Five Eyes partners and space-faring nations in the Asia-Pacific region.

Prior to the RAND Corporation, Dr. Millard was an adjunct researcher at Purdue University, where she explored design strategies for imaging spacecraft formations moving under the influence of many celestial bodies. 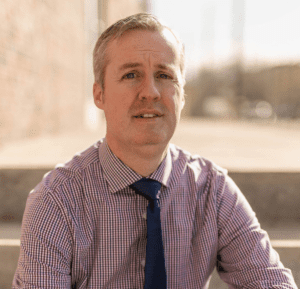 Jonathan Goff is the Vice President of On-Orbit Servicing at Voyager Space, where he leads the development and implementation of Voyager’s on-orbit servicing business and technical strategy, and related policy and business development efforts. Jonathan is also a member of the Executive Committee for CONFERS, the satellite servicing industry’s trade association. Prior to joining Voyager on a full-time basis, Jonathan was the President and CEO of Altius Space Machines, one of Voyager’s portfolio companies. Altius is a Broomfield, Colorado-based space robotics and technology company focused on developing commercial LEO satellite servicing systems. Jonathan founded Altius in 2010, and led the company through its first eleven years, including negotiating the majority-acquisition deal by Voyager in 2019.

Before founding Altius, Jonathan was a co-founder and the Lead Propulsion Engineer for Masten Space Systems, where Jonathan was part of the team that won the Northrop Grumman Lunar Lander Challenge. In addition to his work at Altius and Masten, Jonathan has co authored several papers on topics ranging from interplanetary departure dynamics, propellant depots, planetary landers, and advanced space transportation technologies, and is the proprietor of the Selenian Boondocks space technology, business, and policy blog.

Thank You to Our Sponsor!