“Two Prominent Space Leaders – not armchair analysts but executives actually engaged in the day-to-day challenges of building an integrated space industry – speak about the forces driving and shaping the entrepreneurial space domain.”

At the end of 2020, Voyager Space Holdings, a company that has acquired several space ventures, announced it was taking a majority stake in XO Markets, the parent company of Nanoracks – the pioneering commercial space station company. Nanoracks has been involved in more than 1,000 ISS projects.

Nanoracks, founded in 2009, started by flying experiments to the International Space Station. It expanded to satellite deployment, arranging to fly cubesats and other small satellites to the ISS to be deployed from a Japanese airlock there. According to Space News, “Demand for those satellite deployment services led Nanoracks to pursue development of Bishop, a commercial airlock that can be used for releasing satellites and hosting experiments. Bishop was flown to the station on a SpaceX commercial cargo mission [in December], and attached to the station by the Canadarm2 robotic arm.”

According to TechCrunch, “Voyager Space Holdings continues its strategic acquisition of new space companies, building out a portfolio that can offer clients significantly more ‘full-service’ solutions than any of these individual companies taken together. Commercial details of these arrangements aren’t shared, but they increasingly represent one path to exit for smaller companies addressing elements of the larger commercial space sector in fairly specialized ways.” 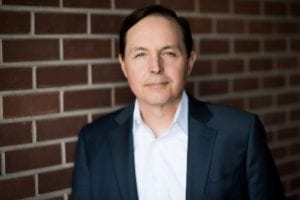 Dylan Taylor serves as Chairman & CEO of Voyager Space Holdings, a multi-national space holding firm that acquires and integrates leading space exploration enterprises globally. Dylan has been cited by Harvard University, SpaceNews, the BBC, CNN, Pitchbook, CNBC and others as having played a seminal role in the growth of the private space industry.

As an early stage investor in more than 50 emerging ventures, including Accion, Kepler, York, Astrobotic, Made in Space, Relativity, and Planet, Dylan is widely considered the most active private space investor in the world. Dylan’s technical background, global business experience and unbridled passion for space make him a unique figure within his industry. He regularly speaks and writes about the future of the space economy and is sought after by the media for his expertise in the financial aspects of space investing as well as industry dynamics.

As a writer and columnist, he has written several widely read pieces on the future of the space industry for SpaceNews, ROOM, The Space Review, Apogeo Spatial and Space.com. As a speaker, Dylan has keynoted many of the major space conferences around the world and has appeared regularly on Bloomberg, Fox Business, and CNBC. Dylan is a leading advocate of space manufacturing and the utilization of in-space resources to further space exploration and settlement.

In 2017 he became the first private citizen to manufacturer an item in space when the gravity meter he co-designed and commissioned was 3D printed on the International Space Station. The historic item is now housed in the Museum of Science and Industry in Chicago. Dylan has also had an extensive philanthropic impact on the space industry. In 2017, Dylan founded the nonprofit and social movement, Space for Humanity, which seeks to democratize space exploration and develop solutions to global issues through the scope of human awareness to help solve the world’s most intractable problems.

Additionally, Dylan is the CoFounding Patron of the Commercial Spaceflight Federation, which seeks to promote the growth of commercial space activity. Additionally Dylan serves as a strategic advisor for both the Archmission and the Human Spaceflight Program. Dylan is the founder and Chairman of Multiverse Media, parent company of the popular space philosophy website 2211.world as well as the Ad Astra Dinners, a Jeffersonian styled dinner series featuring some of the world’s leading influencers discussing the future of humanity in space.  Another subsidiary of Multiverse Media publishes books by leading authors including Frank White, Isaac Asimov and Gerard K. O’Neill. It is also the executive producer of the documentary film, The High Frontier.

For his influence as a global leader and his commitment to creating a positive impact on the world, Dylan has been honored with numerous personal and professional accolades in recent years. The World Economic Forum recognized Dylan as a Young Global Leader in 2011 and he was named a Henry Crown Fellow of the Aspen Institute in 2014. In 2020, Dylan was recognized by the Commercial Spaceflight Federation with their top honor for business and finance, following in the footsteps of 2019’s inaugural winner, the late Paul Allen. Dylan Taylor earned an MBA in Finance and Strategy from the Booth School of Business at University of Chicago and holds a BS in Engineering from the honors college at the University of Arizona, where he graduated Tau Beta Pi and in 2018 was named Alumnus of the year. In 2013, he attended the Global Leadership and Public Policy for the 21st Century program at Harvard University. Dylan and his family live in Denver where he is active locally with Colorado Concern and the Colorado Spaceport. In his spare time, Dylan enjoys hiking, competing in triathlons and spending time outdoors. He is married to author Gabrielle V. Taylor and has two teenage daughters. 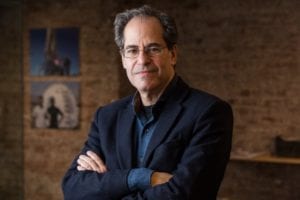 Jeffrey Manber has served as the CEO of Nanoracks from 2009 onwards, and more recently, has taken on the role of chairman of the XO Markets board. Jeffrey, along with co-founder Mike Johnson, has steered the growth of Nanoracks from a garage space in Webster, Texas to a storage facility as the first company shop to where Nanoracks is today – a pioneer and now leader in the commercial market for low-Earth orbit utilization. For the future, Jeffrey is increasingly focused on bringing Nanoracks hardware and commercial services to more and more in-space platforms.

As the only American to ever work officially for the Russian space program, his prior experience includes serving as Managing Director of Energia USA, the American arm of RSC Energia. In 1991, he carried over the first commercial contract between NASA and the Soviet Union to use Soyuz as an escape vehicle for Space Station Freedom. Later, Jeffrey represented the Russian space organizations when the basic contracts to realize the International Space Station were negotiated.

As CEO of MirCorp, which leased the Russian space station Mir, he oversaw the first ever (and still only) commercially funded manned mission, of over 70 days, to the Mir space station. His experience developing the business base for Mir, as well as now on the International Space Station, paves the way for XO Markets to build the customer base beyond ISS.

He also co-developed the first fund dedicated to commercial space on Wall Street (Shearson Lehman) and has served as an adviser to numerous companies and governments. The author of three books, his second (Selling Peace) chronicles his time working with the Russian space program. In 2012, Jeffrey was awarded the NASA Exceptional Public Achievement Medal.