Dr. Clampin leads Science and Exploration at the world’s largest space science center (NASA Goddard) and has led or been involved in many of the world’s most forward leaning space science missions, including JWST, Hubble, TESS and others,   WSBR and its members are most fortunate to have a speaker who is so uniquely qualified to speak to the revolutionary importance of JWST, as well as to the pathfinding technologies that were developed for the Observatory. 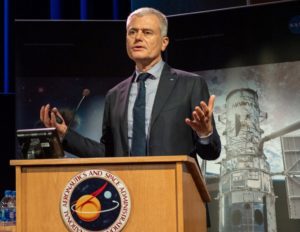 Dr. Clampin is currently the Director of the Sciences and Exploration Directorate. He previously served at Goddard Space Flight Center (GSFC) as the Deputy Director of the Sciences and Exploration Directorate, Director of the Astrophysics Science Division, and as the James Webb Space Telescope (JWST) Observatory Project Scientist. Prior to joining GSFC, Dr Clampin was the Advanced Camera for Surveys (ACS) Group Lead at the Space Telescope Science Institute (STScI), where he worked on three Hubble Space Telescope (HST) Servicing Missions (SM1, SM2, and SM3B). Dr Clampin is a Co-Investigator on the Transiting Exoplanet Survey Satellite (TESS) mission, and the Advanced camera for Surveys (ACS) science team, where he served as the Detector Scientist. His research interests focus on studying the formation and evolution of planetary systems. Dr Clampin has designed ground-based telescope instruments including adaptive optics systems, coronagraphs and detectors.

Dr. Clampin was educated at the University of London, and the University of St. Andrews, Scotland. He currently serves as Chief Editor of SPIE’s peer-reviewed, Journal of Astronomical Telescopes, Instrument and Systems. Dr. Clampin has received numerous awards, including a Presidential Rank award, the Newcomb-Cleveland Prize for best paper in Science, NASA’s Exceptional Achievement Medal and NASA’s Exceptional Scientific Achievement Medal. Dr. Clampin is a Fellow of SPIE, and the Royal Astronomical Society.

Thank you to our Sponsor! 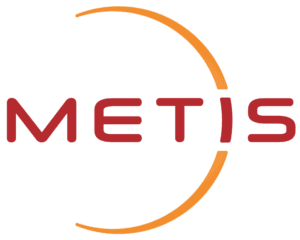