Financing Next Generation of Satellite Innovation

WSBR will host a conversation with leading satellite industry leaders and financiers.

Among the topics the panel discussion will address:

Audience members will be invited to participate in what we anticipate will be a robust and lively discussion.

Biographical Details on the Panelists & Moderator 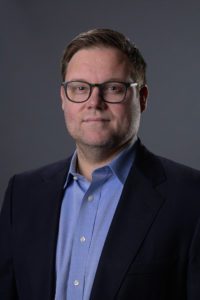 Mr. Ananias has served as Rocket Lab’s Vice President, Finance since January 2021. From July 2014 until January 2021, he was Chief Operating Officer at BookingPal, Inc., a venture backed cloud-based travel technology company. From October 2011 to February 2014, Mr. Ananias was the Chief Financial Officer of Mindspeed Technologies, Inc. (NASDAQ: MSPD), a provider of semiconductor solutions for communications applications in wireline and wireless network infrastructure equipment. From February 2000 until October 2011, Mr. Ananias held a variety of finance management roles at Broadcom Corporation (NASDAQ: BRCM), a creator of semiconductor solutions for wired and wireless communications. Mr. Ananias has a Bachelor of Business Administration and a Bachelor of Science from the University of Kentucky and an MBA from The University of Southern California. 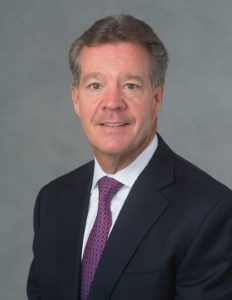 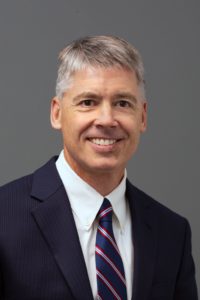 Chris Quilty began making his footprint in the Satellite & Space sector as a trusted authority, media pundit, and WSJ “Best on the Street” analyst more than two decades ago while serving as a sell-side analyst for Raymond James, where he published hundreds of company-specific, macro, sector, and thematic research reports on aerospace, defense, and communications. Leveraging his vast industry knowledge to cultivate a multidisciplinary approach to strategic management services anchored in an ongoing commitment to in-depth, thought-leading research, Chris founded the investment banking and research boutique Quilty Analytics. Headquartered in St. Petersburg, Florida, where Chris enjoys watching Cape Canaveral launches from his office window, Quilty Analytics’ financial strategy team brokered more than 30+ capital market transactions valued at more than $2.5 billion since the firm opened in 2016. Chris is nationally and internationally recognized as a valued source of industry insight on all aspects of the space ecosystem — from ground equipment to satellite manufacturing, launch, and various downstream services. Equipped with 20+ years of published analyses reaching thousands of stakeholders spanning the commercial, investment, and government sectors, Chris has served as an advisor to U.S. government prime contractors and agencies, including DIU, NASA, and the NRO. Chris holds a B.S. in Systems Engineering from the United States Naval Academy and an MBA from the University of Chicago. He is the proud father of three children, two of whom are on active duty in the U.S. Navy.

Mark Quinn is the CEO of WTW Global Inspace where he oversees risk management and insurance broking services to the global space and satellite industry.  He has worked exclusively in the space insurance sector for 31 years and has distinguished himself by the number of placements handled, diverse companies advised, and claims settled.

Mark holds an MBA from the Carey School of Business and an MA from the Paul H. Nitze School of Advanced International Studies, both at the Johns Hopkins University, and a BA from the College of Holy Cross. 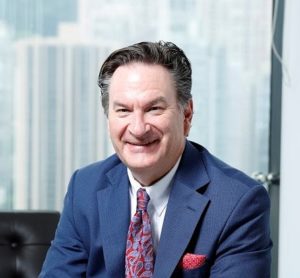 Mr. Simpson is a 41-year veteran in the aerospace and defense industry. Mr. Simpson is currently serving as the Chief Strategy Officer for Virgin Orbit moving from the Virgin Orbit Board. Prior to joining Virgin Orbit, Mr. Simpson was CEO for the start-up Saturn Satellite Networks Inc with the objective to provide economical space communications at the “National” level.  Providing Countries or private  entities communications intra-Nation. In addition, Mr. Simpson as a casual consultant to the LinQuest Corporation supported the Principal Assistant US Secretary of the Air Force for Space for Space related matters.

Mr. Simpson received a Master of Business Administration from the University of Southern California. He also holds a Bachelor of Science and Master of Science in Materials Engineering from the University of California, Los Angeles. He has a graduate certificate in Engineering Management from the California Institute of Technology. In addition, he currently serves as an AIAA member and is a member of the Beta Gamma Sigma Business Honor Society.

Stephen Ganote is a Managing Director at Avascent and, among other leadership roles, he heads its Space Practice – serving clients across the space and satellite value chain.  Stephen’s work focuses on strategic planning, growth, mergers & acquisitions, and organizational design and improvement.

Stephen’s support and advice to Avascent’s clients is informed by his consulting and executive management experience in the space, defense and communications industries.  Prior to joining Avascent, he worked for Booz Allen Hamilton and Booz & Co. in the Aerospace & Defense practice.  He previously held business development and corporate strategy positions at Intelsat, the world’s largest provider of satellite communications services, at 360networks, a global communications provider, and COMSAT Corporation.  He began his career as a legislative assistant to United States Senator Barbara Mikulski, advising the Senator on business, trade and finance issues.