Environmental Intelligence: The Role of Space, Demand, and Opportunity

The Earth may not be the center of the universe, but understanding the Earth is front and center for today’s governments, businesses, and consumers.  From assessing the Russian invasion of Ukraine to climate change to the transition from a carbon-based economy, space-based observations coupled with machine learning and artificial intelligence are today a mainstay in a broad spectrum of sectors including national security, real estate, transportation, health, and agriculture just to name a few.

WSBR will explore the rapidly evolving environmental intelligence marketplace and the important role of space by convening a one-hour webinar with leading experts including:

Biographical Details on the Panelists 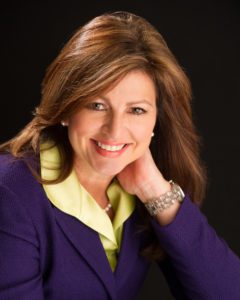 Nancy Colleton is the President and Co-Founder of the Institute for Global Environmental Strategies (IGES), based in Arlington, Virginia, USA.  Ms. Colleton has devoted much of her career to promoting Earth observations for environmental information and intelligence. She previously established and led the Alliance for Earth Observations and for seven years served as the co-chair of the Environmental Information Services Working Group (EISWG) of the NOAA Science Advisory Board and convened business roundtables bringing together NASA and business. She has also worked closely with the conservation community, serving on the board of IUCN-US (International Union for Conservation of Nature) and helped to launch the global #NatureForAll campaign.  Ms. Colleton has been quoted and published in numerous media outlets including The Washington Post, the Boston Globe, The Weather Channel, and Space News.  She is an advisor and consults with numerous technology startups. 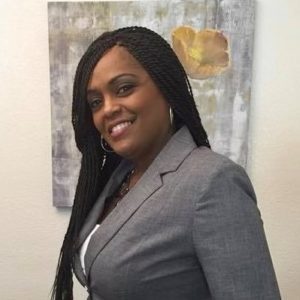 Prior to coming to OVP, Tahara was the Director of the Commercial Remote Sensing Regulatory Affairs Office in the National Oceanic and Atmospheric Administration (NOAA) within the U.S. Department of Commerce. For 20 years, Tahara has been intimately involved in space policy and the policy, security, and market issues related to commercial remote sensing. Ms. Dawkins first joined NOAA in 2001 where she was a Senior Licensing Officer in the Commercial Remote Sensing Licensing Regulatory Affairs Office. From 2008-2011, Tahara worked for NGA where she focused on the security and counterintelligence implications of the Government’s use of commercial satellite imagery. While at NGA, she also was instrumental in commercial remote sensing policy development for the Intelligence Community. Tahara re-joined NOAA as Director of the Commercial Remote Sensing Regulatory Affairs Office in 2011. Tahara, originally from California, is a graduate of the University of Maryland. She currently lives in Haymarket VA and is the proud mother of two children. 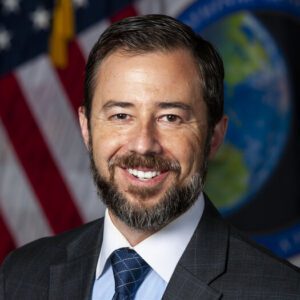 Mr. Gauthier currently serves as the Director of the Commercial & Business Operations Group at the National Geospatial-Intelligence Agency (NGA). He oversees the group responsible for coordinating the discovery, assessment, acquisition, and contracting for commercial GEOINT data and services and managing all business operations for NGA Source. He also serves as the first-ever Chair of the Intelligence Community Commercial Space Council—providing strategy and policy recommendations to IC senior leadership. Previously at NGA, Gauthier served as the founding Director of the Office of Strategic Operations (OSO) and the NGA Chief Strategy Officer. From 2010-2014, Gauthier was the NGA lead for Activity-Based Intelligence (ABI), where he expanded ABI capabilities and founded the ABI Portfolio Initiative. Gauthier has master’s degrees from the University of Colorado, Boulder, in both Aerospace Engineering and Telecommunications Science and a Bachelor of Science in Electrical Engineering from the Rensselaer Polytechnic Institute (RPI). 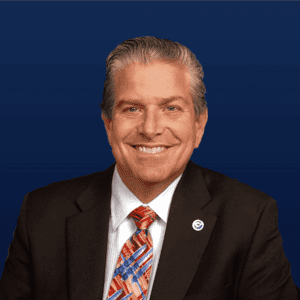 Dr. Ed Kearns is the Chief Data Officer of First Street Foundation, where he provides leadership for the organization’s science and data activities. Kearns previously served as the Chief Data Officer for the U.S. Department of Commerce, overseeing the governance and management of data assets from its 12 bureaus. From 2017-2022, Kearns served as NOAA’s first Chief Data Officer, where he led the development of strategies and practices for managing NOAA’s data as a national asset. Kearns promoted new uses and a wider understanding of federal data through new public-private partnerships and technologies, such as the NOAA Big Data Project. Previously, Kearns led climate data and archive activities for NOAA, guided Everglades restoration projects for the National Park Service, calibrated NASA satellite-based ocean data products, and developed ocean data systems as a professor at the University of Miami. Kearns holds a Bachelor of Science in Physics and Marine Science from the University of Miami and a Doctorate of Philosophy in Physical Oceanography from the University of Rhode Island.

With special thanks to the Beyond Earth Institute, a non-profit think tank focused on large scale human space development.